Home » Blog » Uncategorized » Intercultural Communication and its Implications for Websites

Intercultural Communication and its Implications for Websites 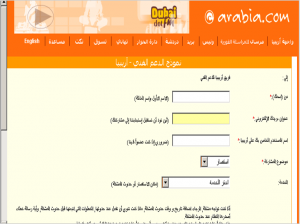 Intercultural communication, according to Ting-Toomey, involves a process of symbolic exchange in which individuals from two (or more) different cultural communities negotiate shared meanings in an interactive situation.

With respect to websites, many times that symbolic exchange is limited only to what the site communicates both through its content and also by the form. For this very reason, the site must clearly communicate its purpose, because many times it is the only channel to reach the “target” audience. It cannot be backed up with face to face meetings.

Herein lies the utmost importance that must be given to how to convey the message, because it is not only the content that communicates, but there are many other elements involved in the communication process and they are often even more decisive than the content itself. Here a few factors that have some implication on websites.

Spatial orientation refers to the distribution and direction of text on the pages of a site. For example, in general, Asian languages have a vertical justification and orientation, such as Japanese, Korean, Chinese.
Other languages, such as Arabic and Hebrew, are organized horizontally from right to left.
Meanwhile, Romance languages are written horizontally from left to right.

The navigation mode or “browsing” is related to the way reading is closely connected with spatial orientation. That is, the distribution and direction of tabs and scroll bars should be such that they are comfortable for that particular culture.

Equivalence of the translation:

When translating a website, it is not only necessary to focus on the literal translation of the content, but rather, we must “locate” it, to be much more effective with the “target” audience. As mentioned above, often the mere content is not the most crucial when it comes to “receiving” a message, product, service. So, it should not be modeled on the original translation; instead there must be a more creative message communicated to the culture being addressed.

Dialects are variations within a language, which also means that the same message will be received differently by different cultures and subcultures. There are linguistic variations (sweater or jumper), terminology for a certain sector (niche or specialization), not to mention the countless other examples of regional slang.

On Web sites, the size of the characters can be a hindrance at times. You have to concentrate on a concept in a clear and concise manner, not exceeding a line for example. Because this can influence the number of pages, distribution of buttons and/or tabs.

Color is a highly communicative quality. It can implicitly bring you closer to or move you away from those whom you want to communicate with. It is also a culturally acquired concept. Black does not mean mourning in all cultures, in the same way that white is not synonymous with purity for many cultures.

That’s why when thinking about creating or localizing a website we not only need to translate the site, but we also must consider all these and many other factors involved in the communication process. Since ignoring or being unaware of any of these items can have a massive effect on the message that the site is intended to convey.

For more information on the localization of websites, please visit “Translation Services.”

Tweet
PrevPreviousCosts and Pricing for Desktop Publishing, or DTP
NextWhen Time Is MoneyNext