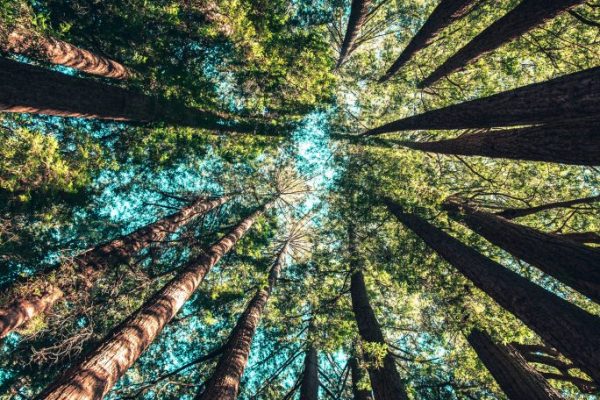 Climate solutions may become more feasible if our language reflects humans’ efforts to protect the Earth. Imagining a shift in language—one that puts humanity’s relationship with nature at the forefront—could lead to a more holistic view of our climate. And it may not even require the invention of new words. Instead, we can look to older languages and older knowledge that already exists in Indigenous cultures.

The mission of the Living-Language-Land project is to be “a journey through endangered and minority languages that reveal different ways of relating to land and nature.” For the COP26 conference, project leaders, artists, and translators from around the world identified 26 words from global Indigenous languages. These words all highlight minority cultures’ connections to the land they originated in. Twenty-six recordings of these words were released in the leadup to COP26.

There’s a wide spectrum of meaning in these words. Some of them mention elements of the landscape, like Morfa (in Welsh), from Wales in the UK, meaning “a place of, near or shaped by the sea.” Another example is Yii (Khwedam), from Northeastern Namibia, meaning “tree, wood, medicinal plant.”

But other words speak to a higher level of connection to nature that humans inherently have. These words often reach at ideas that seem intangible or hard to describe, at least in English. One example is Wíyukčaŋ (in Lakota), from the Great Plains in the central United States, meaning “consciousness, knowing.”

These ways of thinking about humanity’s connection to the natural world were especially important to elevate at COP26. According to their website, the Living-Language-Land project seeks to “give a global audience fresh inspiration for tackling our environmental crisis.”

Neville Gabie, one of the creators of the project, said to The Guardian, “The conversations in COP26 are dominated by a Western notion of how we address climate change.” He added, “We’re trying to say part of the solution is a change of thinking, which can be inspired by other communities who have lived with nature in a very different way to our own.”

Widening perspective is key. With new words (or, rather, words that are new to some), the project hopes they can reach their goal to shift thinking about the climate crisis and to focus on humanity’s deep, integral connection to nature. With that focus, they hope to emphasize why nature is so important to protect.

Words like Napuro (in Cuyonon), from the Cuyo Islands in the Philippines, meaning “a forest that looks like an island within an island’” are tied to details of a place. From culture to climate, the elements of nature represented in language reflect humans’ connections to those parts of Earth, existence, and each other.

Some words are much longer in their English translation, like Itrofillmongen (in Mapudungun), from Lake Budi in Mapuche territory, Chile, meaning “the tangible and intangible elements of the diversity of life.” It’s interesting to reflect on the ways humans frame their connections to the land, and how a framing such as this one can become so common that it is encapsulated by just one word.

But, in English and other modern living languages, there isn’t a direct translation for this word. Not only is the minority language itself fading, but perhaps that method of connection to the land is also fading.

The mission of this project does not necessarily ask that its audience memorize these new words for personal use. It is unlikely that we could incorporate the word ས་བདག, or Sardak (Ladakhi), from Ladakh, India, meaning “the ancestors and owners of the land,” into our daily vocabulary.

Instead, perhaps it is possible that we could incorporate that idea into our worldview. And, later, that idea could hold a place in our decision-making. It could influence the actions we take.

Language is a method to remember these connections, and to give them new life.

The road to change might be long, but each word brings an important idea that will hopefully have a long life in the conversation about climate change. After the COP26 conference, Gabie wrote on the project’s blog, “Whilst it seems that all politicians like to be heard, so much more would be gained if they were as open to listening.”

“It is not until [one] really opens oneself up to listening to the experience and knowledge of other voices that one can begin to make that journey of empathy,” Gabie said. “And it is more than that. Listening has changed the way I see and understand my own experience through understanding a little of how other communities connect to the earth, nature, and to one another.”

Photo by Casey Horner on Unsplash