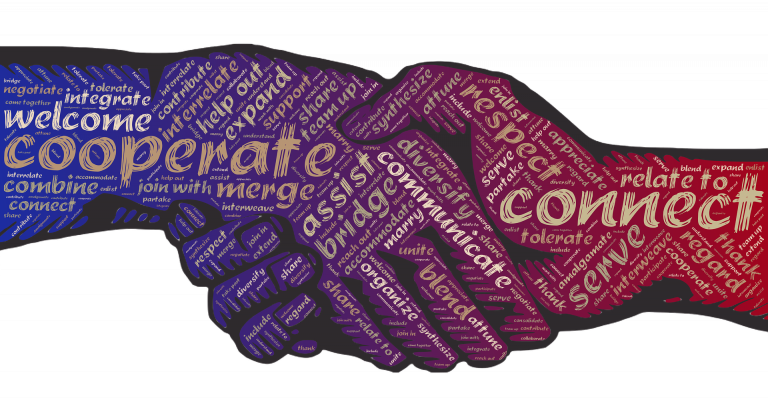 Not so long ago we would have laughed at the idea of carrying around a tiny computer. That was the realm of Star Trek-level science fiction. Yet here we are, with smartphones that can seemingly do anything.

But can they really? Is a translation app on a phone a way to bridge the cultural divide between nations? Are we all carrying universal translators in our pockets??

As you surely guessed, we are not. Technology is great, and it’s definitely fun, but it has its limits and communication is one of them. Productive communication generally depends on nuance and an understanding of the culture that underlies a language.

Good translators and interpreters understand this and help avoid the pitfalls of word-for-word translations. You can see it in action at places like the United Nations, where skilled interpreters smooth the way for effective discussion between world leaders.

Most of us are not members of the UN. But don’t despair! There are other ways to build those coveted communication bridges.

One way to foster communication between people who speak different first languages is by using a shared second language. The second language should be without built-in cultural misunderstandings and fairly easy to learn. That, my friends, is the home turf of International Auxiliary Languages.

What is an International Auxiliary Language?

An International Auxiliary Language (IAL) is a constructed second language that people learn specifically to communicate with others who do not share their first language.

Have you ever heard of Esperanto? It’s likely the best known of the three major IALs and has been the butt of some jokes over the years. In the 1970s it was portrayed in the United States as a hippie pipe dream, where the whole world would speak the same language, probably while drinking a Coke.

Despite what the disco era thought, International Auxiliary Languages have been around for many, many centuries.

Latin, Greek, and Sanskrit were all used widely enough to be considered lingua francas, or common dominant languages. In today’s world, English, Chinese, and Spanish are all spoken by large swaths of people as a second language.

True IALs don’t rely on a single culture or political or economic dominance. They are designed and constructed specifically to be learned and spoken in addition to native languages. They are intended to supplement rather than replace.

The first constructed languages appeared during the 19th century. There were over 30 IALS (also called auxlangs in case you needed a third name for them) floating around at the time.

Solresol, widely acknowledged as the first fully developed IAL, was the brainchild of François Sudre. The French musician’s language enjoyed a moment of popularity but did not lead to fluent speakers. Nonetheless, there are still a few Solresol devotees around the world.

The first IAL to have fluent speakers was Volapük, created by Johann Martin Schleyer. Schleyer was a German Catholic Priest whose constructed language led to three conventions in the late 1800s, with attendees speaking only Volapük at the third.

It was a great try, but as is the way of the world, the first try is rarely the last. Infighting among the Volapük community created controversy, and a newer, shinier, easier to learn IAL emerged to capture the limelight. It was published in 1887 by Polish ophthalmologist Ludwik Łazarz Zamenhof. He dreamed of world peace through a common language … Hello, Esperanto.

Why don’t we simply declare an existing language as the global common language and be done with it? Much of the business world uses English as its common language, so why shouldn’t English be it?

This is where we’ll chat about human nature. As has been amply demonstrated time and again, getting the whole world to agree on anything is akin to pulling teeth from an angry warthog.

First languages also have cultural underpinnings. Lingua francas have always been dictated by power. Human beings chafe at being told to do anything, never mind learn the language of a culture they have no desire to share.

International Auxiliary Languages are intended to avoid these pitfalls. They are specifically designed without cultural bias, have simple, practical vocabulary, and do not have irregular grammar or pronunciations.

These languages are much easier to learn than other world languages, and they have followers worldwide. The advent of the Internet brought these communities together, and the IAL movement is once again flourishing.

As IALs gain traction, you may find yourself staring one in the face. Though easy to learn, they aren’t magic. You’ll need a translator. Make sure to find one, like Trusted Translations, which has professionals with experience in several languages.

In our upcoming series of articles, we will examine the three major International Auxiliary Languages: Esperanto, Interlingua, and Ido. Could it be that our universal translator already exists?