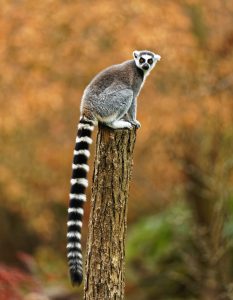 In the standard retail business model, businesses market and sell a reduced number of highly profitable items. This way, they sell a few items in large volumes to make the most money.

The model has been working for a long time, but now, with the availability of the Internet, consumers can find products that suit their specific tastes and preferences. This means companies no longer have to depend on a best-selling product and can, instead, offer a wide variety of hard-to-find niche products. In a long-tail business model, you focus on the less popular goods with less demand.

What is Long Tail in Business?

Long tail is a business strategy where businesses sell low volumes of hard-to-find products to many consumers, making significant profits instead of selling a few popular items in large volumes.

Chris Anderson, a British-American writer, came up with the term in 2004. According to him, consumers are moving away from mainstream marketplaces leading to the growth of online marketplaces. The shift allows an immeasurable number of less popular goods to be sold; thus, increasing their profitability.

Platforms such as Amazon and eBay are perfect examples of long-tail businesses as sellers market specific items in small quantities to consumers looking for niche products.

Adapted from a business context, the term ‘long tail’ is now used in translation and localization. It usually refers to languages that are translated or localized less often and are not the first to come into people’s minds when thinking of localization.

A long-tail language can refer to any language that’s less frequently localized. It’s important to note that a language is not classified as long-tail based on the number of people who speak it. If it were, Bengali wouldn’t be a long-tail language. Being the 7th most spoken language globally, it still isn’t on the list of the most common languages used in localization and translation.

However, localizing long-tail languages is challenging because of their diversity and large number.

Should you translate long-tail languages, and does it matter? Well, they might seem insignificant, but that is somewhat misleading.

These languages can prove profitable for businesses who translate their websites or even product manuals and adverts into them. “The so called long-tail languages are not only growing in economic value, they are also growing in popularity among big companies, global brands, and important websites.” (Common Sense Advisory (Sargent 2014) in Muran 2015))

So, why translate long-tail languages?

Language translation is not just picking words and putting them in another language. The translation must be accurate and in context. Otherwise, it’ll lose meaning and probably your clients too.

For this reason, you must find a qualified and experienced translation team. Whether you’re translating your website or your social media, the team you hire must know your industry’s language, have all the necessary linguistic knowledge, expertise and tools as well as thorough translation-checking processes.

If you’re looking for professional translation expertise, Trusted Translation is a recognized leader in multilingual interpretation and translation services. With over 10,000 expert linguists worldwide, we guarantee quality translations at the most competitive rates.

Tweet
PrevPreviousWhich Are the Most Gender-biased Languages?
NextDo You Need to Translate Your Podcast?Next