Home » Blog » Culture » Spielberg Wants No Subtitles for This Story

Spielberg Wants No Subtitles for This Story 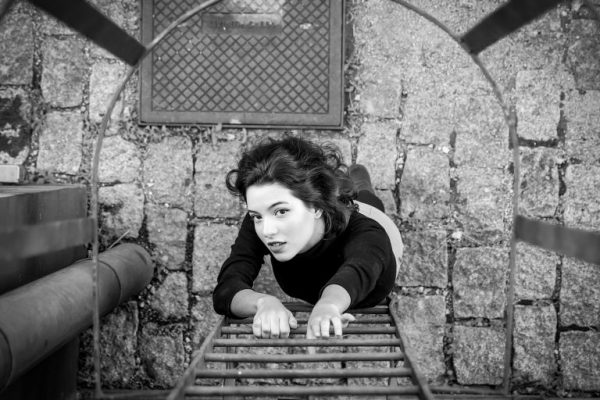 The classic Broadway musical and film, West Side Story, has made its way back to the big screen. And this time, it was directed by the great Steven Spielberg, who wants no subtitles for the Spanish-spoken parts. He said he’s not going to add them “out of respect for the inclusivity of our intentions to hire a totally Latinx cast to play the Sharks’ boys and girls.”

For those unfamiliar, West Side Story is a modern take on Romeo and Juliet set in New York City. Those familiar with it are sure to remember the two rival gangs: the Jets and the Sharks. The two are fighting over turf in the streets of Manhattan, but things get complicated when one of the Jets falls in love with one of the Shark’s sisters. And though it’s 60 years since the original debut, Spielberg and company are looking to make this a frame-for-frame retelling, but with some stark differences.

The Jets are an all-white gang, while the Sharks are all Puerto Rican. The original film, though, faced much backlash because it only starred one person of Latin descent, Rita Moreno, and the rest of the Puerto Rican Sharks were played by white actors. To top it off, they darkened Moreno’s skin to make her appear more “ethnic.” To the delight of film enthusiasts, Moreno (who is now 90 years old) is making her return to the film.

This time around, Spielberg aims to set all that right this time. First, he’s casting more Hispanics in the movie and wants to make it more inclusive. Speaking with IGN, he said, “That was a mandate that I put down to Cindy Tolan who cast the movie, that I wasn’t going to entertain any auditions that aren’t [descended from] parents or grandparents or [are] themselves from Latinx countries. Especially Puerto Rico, we looked a lot in Puerto Rico, we have 20 performers in our film from Puerto Rico or they’re Nuyorican.”

He went on to explain that having legitimate Latinx actors “was very important and goes hand-in-hand with my reasoning for not subtitling the Spanish.”

Furthermore, he also said, “If I subtitled the Spanish I’d simply be doubling down on the English and giving English the power over the Spanish. This was not going to happen in this film, I needed to respect the language enough not to subtitle it.”

And if you’re wondering why he decided to remake such a classic, he said, “I think I wanted to direct a musical film because I knew I couldn’t sing and dance.” Going on to tell the BBC, “It’s a tremendous way of sort of throwing myself into a genre that physically I would never be part of, except to be able to tell a story in that idiom.”

Some people feel Spielberg’s decision to not subtitle the film might leave those who don’t speak Spanish confused. However, in the greater scheme, it makes a greater impact because the actors are able to convey the message through their faces and body language. But as David Ehrlich from IndieWire said, the move to not add subtitles was “genius” and “offers a richer sense of context than any previous version of the show has been allowed before.”

So, what does that mean if you want to watch the new movie and don’t speak Spanish? Spanish is a fun language to learn! And even if you no habla español, you can try your hand at reading body language. Once the movie is available via other media, like Netflix or Amazon Prime, it will likely have closed captions added.

Spielberg’s decision on subtitles may be laudable in terms of the respect shown to Latino communities, but it also may mean that it jeopardizes the audience’s full understanding of one of its main elements: dialog. And that’s true for your own audiovisual work as well. It’s important to include subtitles because it helps you to get your message to a wider audience. But the key is to use professional translation services so your meaning is not lost due to poor and/or lazy translations.

Looking to have your work translated and/or subtitled by experts in Spanish, French, Chinese, Arabic and more? Then get in touch with us. We look forward to hearing from you!

Photo by Vinicius Altava from Pexels