Why Can Some People Speak More Languages Than Others? 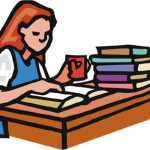 Languages are a curious thing; every single one of us speaks at least one, yet there are some people who can speak up to 5 times that amount. Research shows that an estimated 7 thousand languages exist around the world and that the majority of those languages, some 90%, are spoken by a very small amount of people, about 100 thousand!

As a bilingual person who speaks both Spanish and English fluently, I was always amazed by people capable of speaking more than several languages. Because I have been speaking both of these popular languages since I was young, learning them was never difficult for me, in fact, I don’t even remember the process. I do however, recall back in high school when I took several courses in French and could not seem to grasp the new language. Interesting since French is one of the Romance languages and thus has many similarities with Spanish as well as English. Why is it then, that there are people capable of learning, retaining, and putting into practice new languages?

Known as “Polyglots”, these are those special people who are able to speak usually more than four languages with a great deal of efficiency. While the definition varies between those who can read, write, and speak several languages (one may be able to speak better than they can write, or perhaps not at all), the term itself is many times used interchangeably. Many have theorized why some attain this ability, but not one is known to be the one true cause. A popular one is based on the fact that some people are very good at learning new languages simply because they possess a strong desire and passion to learning it. Also, there is the idea that if you think something will be difficult (as in my case) then it usually will be and you will struggle. Some scientists claim that brain asymmetry, genes, and even hormone levels can alter one’s ability to excel at languages. In fact, some conclude that certain brain areas are larger and more efficient in those who acquire this.

Do you know anyone who speaks more than three or four languages? Are you often amazed at their amazing ability to do so?