Turkish belongs to the family of Turkic languages ​​with Turkey being this language family’s archetypical country. These languages ​​are spoken throughout a belt of regions that stretches from Turkey to Central Asia, in areas such as Kosovo and Macedonia.

This is why all these languages ​​have a high degree of intelligibility (meaning that they closely resemble each other): Azerbaijani, Turkmen, kashgai, Gagauz.

However, there are many tongues ​​and dialects within this language, such as Ottoman Turkish, and someone from Turkey may not be able to understand the Turkish spoken by someone from Kyrgyzstan. 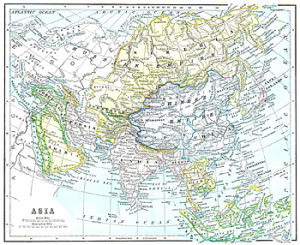 •The current Latin alphabet, until 1928, was written using the Ottoman Turkish alphabet, which is the Arabic version of this alphabet. This version was used for writing in Turkish under the rule of the Ottoman Empire.

• The grammatical order of sentence structures in Turkish: subject-object-verb.

•In Turkish nouns are not classified, as in Latin languages.​​

•Nor is there any grammatical distinction used to indicate the gender of words or articles.

• Due to its Arabic influence, Turkish uses forms that express different levels of kindness, courtesy, social class, and age, depending on whom we are addressing.

• Influences from other languages: ​​some words have French origins (pardon), Spanish origins (pantón), as well as Arabic origins (saat – hour). Other terms are influences of globalization itself rather than any particular culture: Telekomunikasyon.

While the Balkan Peninsula harbors many countries whose languages ​​are often very similar to each other, it is always advisable to send the material to be translated by native speakers in the target language.

If you have questions about any of these Turkic languages​​, contact us and we will give you a free quote.
To see the original post in Spanish click the following link: