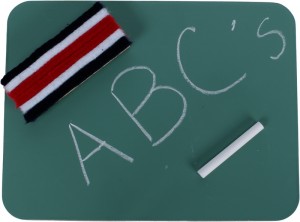 If you’re someone who can’t stand the punctuation errors and spelling mistakes that are abundant in print media, or someone who finds himself or herself constantly correcting journalists on TV for using the wrong tense, then March 4 is your day!

Since 2008, this day has been recognized in the United States as the “National Grammar Day” to celebrate the good use of language in all its forms, be it written, spoken, texted and even on social networks.

This date was established by Martha Brockenbrough, founder of The Society for the Promotion of Good Grammar, and it was not chosen by chance. Brockenbrough decided upon this date for the play of words it creates with its pronunciation: March fourth sounds just like to “march forth,” thus alluding to the constant struggle of promoting the correct use of grammar.

To celebrate this day, Brockenbrough’s team organizes writing contests, designs screen savers and shirts with slogans alluding to grammatical rules, and even creates a recipe to concoct a special drink called the “grammartini.”

Beyond the celebrations, however, the real goal of this day is to celebrate the rules of grammar and to raise awareness about their importance in order to efficiently communicate one’s message. Today, with the widespread use of instant messaging, e-mails and text messages, the correct use of grammatical rules is out of style and oftentimes perceived as old fashioned. In the case of translation, however, the tiniest grammatical error can change the whole meaning of the original document and result in a different meaning when translated.

This is why National Grammar Day should in fact be celebrated every day, in all walks of life and especially in the media so as not to set a bad example that will only impoverish the quality of language, whatever it may happen to be.

Tweet
PrevPreviousHow Should We Deal with Screenshots?
NextAdapting to the marketNext