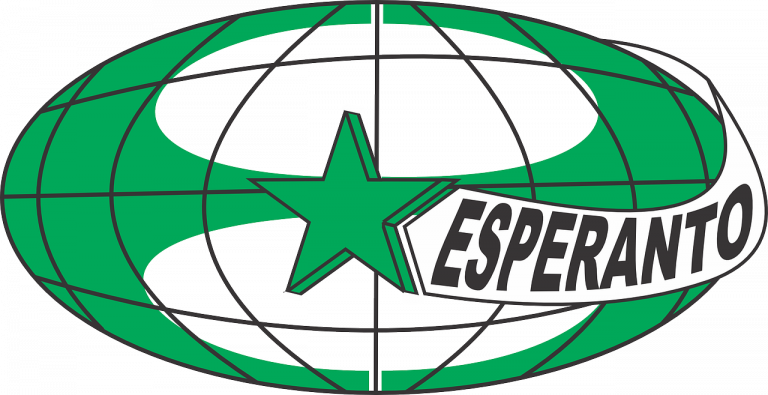 You may have noticed that the only International Auxiliary Language we mentioned by name in our introductory article was Esperanto. There’s a good reason: Esperanto is the world’s most widely spoken IAL.

That’s not to say that everyone associates Esperanto with the serious use of a practical second language. But a lot of people know it’s a language of some sort.

Esperanto was constructed in 1887 by Polish ophthalmologist L. L. Zamenhof, inspired by his own divided city of Białystok. Four distinct groups speaking different languages could manage only hostility.

Fun fact: Zamenhof published his language using a pseudonym. That pseudonym was Dokter Esperanto. Esperanto means, “One who hopes.” He designed his language to be deliberately simple and easy to learn. His goal was no less than world peace.

You’re undoubtedly thinking that this was an unrealistic goal. In light of world events since the creation of Esperanto, your skepticism is entirely valid.

But…Esperanto did not fade away.

Zamenhof was astute enough to realize that his language would need to change over time. He supported an international association for Esperanto. Though battling contrary opinions, bickering, and general human stubbornness, the Universal Esperanto Organization (UEO) was formed in 1908.

Ironically, it was largely individual factions opposing an international organization. They feared the effect it would have on their traditional groups. Even when working toward a universal language and world peace, people had a hard time seeing past their personal comfort and interests.

Through ups and downs and two world wars, the Esperanto community never stopped trying. Today the UEO has members in 121 countries, 70 national associations, and even an office at the United Nations.

Do we need Esperanto? This is a reasonable question as technology advances at a blistering pace.

Esperanto and other IALs have enjoyed a renewed popularity as the Internet made it possible for users to connect. Esperanto, as both a spoken and written language, is used by professional groups, in original literature and translations, and even in movies, plays, and music.

It remains easy to learn compared to other languages and with a relative lack of cultural baggage, it is theoretically practical and useful.

Esperanto could be mankind’s communication bridge. The world is connected through the Internet, international misunderstandings and misinformation abound, and people are becoming desperate for some hope of unity and cooperation.

The key term in the section above is theoretically. Theoretically, all sorts of things are amazing. Theoretically, we could hop in our flying cars or travel with a time machine to a less troubled era.

How does theoretical Esperanto stand up to a list of practical pros and cons?

Esperanto is seeing an Internet-fueled resurgence in popularity. With estimates that its users number up to a million people, it truly has reached all corners of the world. Just barely, but a million people sharing an IAL is remarkable.

Dictionaries, research, and UEO publications keep members up to date and the language moving forward. In a world where technology has failed to unite, the popularity of IALs, especially Esperanto, reveals a world hungry for common ground.

That alone makes Esperanto relevant more than a century after its introduction. Kumbaya, Dr. Zamenhof, we need you now more than ever.