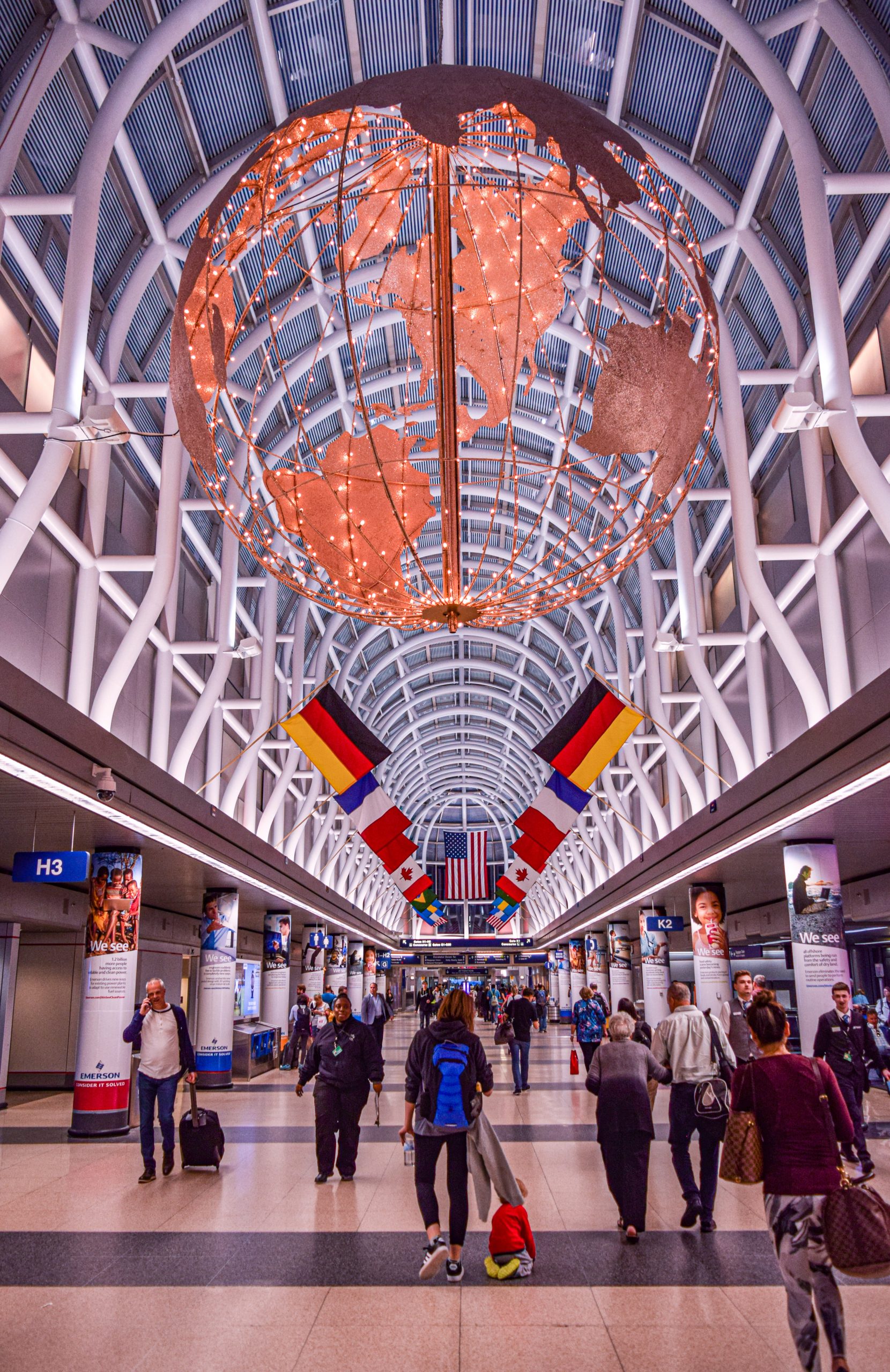 Think back to the last time you were catching a flight and the stressful hours leading up to the plane taking off. Did you pack everything? Will you have reliable transportation when you reach your destination? Will you make your connecting flight? Well, what do you do now that your flight has been delayed for inclement weather? The rushing, anxiety, and excitement of it all may be a feeling that some people enjoy, as traveling is a hobby for many. But how would you feel about experiencing those same circumstances if you could not read any of the airport signage, couldn’t understand the speaker over the intercom, or there wasn’t an airport employee on duty that spoke your language?

In many U.S. airports, some employees are bilingual and there are a few multilingual information desks, but that is pretty much the entire scope of translation services. A lack of translation services in U.S. airports leaves many international travelers to their own devices—literally. International travelers find that Google Translate is their only tool to successfully navigate an airport in the U.S. And unfortunately, even translation apps can fail them, as apps like Google Translate have been known to occasionally provide users with inaccurate translations.

According to the International Air Transport Association, in the organization’s 20-year Air Passenger Forecast, air travel is making a big shift to the Eastern half of the world. This shift means there will be more travelers from Asia in U.S. airports, and more Western travelers heading East. Although English is one of many official languages of some Asian countries such as India, The Philippines, and Singapore, the other widely spoken languages in those countries will not be found in U.S. airports.

The inclusion of Google’s real-time translation service is a huge step forward, as more language inclusivity also aids those who are hard-of-hearing or have visual impairments. However, we cannot expect this type of technology in every airport, or even across the entire JFK airport, as the collaboration with Google was through a private operator at JFK’s Terminal 4. So, when does it become the government’s responsibility to expand an airport’s translation services?

In 2019, Congresswoman Dina Titus proposed the TSA Reaching Across Nationalities, Societies, and Languages to Advance Traveler Education (TRANSLATE) Act, which would ensure that TSA provide translated versions of imperative airport information for international travelers. This bill is particularly important for international airports with heavy foot and air traffic, to ensure that foreign travelers are not left out of the loop in regards to their travel information. As of now, the U.S. House of Representatives passed the bill, and it awaits its fate in the Senate. But until then, if your organization’s operations require transportation and/or travel professional translation services, get in touch with us and find out how we can help.

Photo by Engin Yapici on Unsplash