Home » Blog » Languages » Do You Know How to Speak Cornish?

Do You Know How to Speak Cornish? 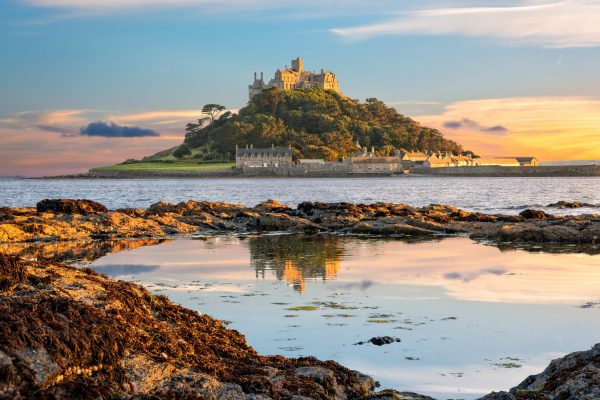 Wait, what? What does durdatha whye mean and what language is it?

Well, it’s Cornish (as you may have guessed) and it means, “Good day to you!”  Don’t despair over trouble reading this language. It was close to extinction for over 200 years.

Cornish is one of several languages that evolved from Common Brittonic. Common Brittonic can trace its roots back to the Iron Age. The Brittonic languages, part of the Celtic language family, were spoken in many parts of what is now Great Britain and small parts of Continental Europe.

Cornish, Welsh, Breton, and the now-extinct Cumbric are the four languages of this particular branch of Celtic languages. Scottish Gaelic, Irish, and Manx are part of a separate branch.

The Cornish language was spoken in the area around contemporary Cornwall. Scholars believe that it was quite intelligible and accessible to those speaking its sister language of Breton. Breton is the only Brittonic language spoken in Continental Europe, in the Brittany area of France.

It was the western expansion of English that pushed the Celtic languages into smaller areas with fewer speakers. While Welsh and Breton are still living languages, Cornish is considered a revived language. Estimates indicate the 15,000 native speakers of Cornish in the year 1050 declined to 0 by 1800.

Cornish did not disappear entirely. The language was passed from generation to generation even as its use as a first language declined. In the early 1900s, a scholar named Henry Jenner wrote a book about Cornish.

In his A Handbook of the Cornish Language, Jenner pointed out that the language had been continuously preserved. There had and have always been people in Cornwall who speak at least some Cornish.

This interest in the language sparked a revival and efforts to reconstruct and modernize Cornish. As with any good revival movement, there was also an emphasis on teaching Cornish. The close ties the language shares with Welsh and Breton served as a bridge for adding modern vocabulary.

No movement involving human beings would be complete without bickering, infighting, and schisms. The revival of Cornish experienced all of the above. Ma pedn droag thebm! (I’ve got a headache!)

But by 2010 UNESCO changed its classification of Cornish. It is no longer considered an extinct language and has been reclassified as endangered. Nowodhow splann! (Fantastic news!)

There are now hundreds of fluent Kernewek (as it is known in Cornish) speakers and thousands more with functional ability in the language.

Ordinalia is an epic three-play cycle. It’s only been performed a handful of times since it was written in Cornish in the 14th century. Hmm…

Ordinalia’s three religious mystery plays tell stories from the Old Testament, and then dramatize the passion and the resurrection of Christ. It was also considered heretical. Having been summarily banned, it did not enjoy a blockbuster first run. Trawethack o ve. (I am sad.)

Being written in a dying language did not help Ordinalia over the years. The revival of Cornish, however, also led to a renewed interest in the work. After a 300-year hiatus, it was performed once in 1969, again in 2004, and most recently in the fall of 2021.

Ordinalia is no ordinary play. It isn’t even an ordinary ring cycle. The work was originally written to be performed by local communities in open-air venues.

The performances would have accompanied a medieval feast and taken place over several days. There would have been much boes ha diwes (food and drink).  For the 2021 production, the plays were adapted for a modern audience, with no small amount of effort.

Playwright Pauline Sheppard took on the enormous task of trying to make an understandable work that captured the spirit and humor of the original.

She ended up using a combination of English and Cornish and updating the plays to include current, topical references. New scores were created, entirely in Cornish, and Cornish speaking actors and singers had to be found.

Staged in the plen-an-gwari in St. Just, an open-air venue dating back to the time of Ordinalia’s creation, the production endeavored to create a sense of community. As the performances of the 14th century brought communities together to celebrate, so was the intention in 2021.

The production enjoyed a successful run of 15 performances involving 237 community volunteers. The plan is for it to be performed every three years. Sheppard hopes to include more Cornish as the language revival expands.

Renewed interest in Cornish and its subsequent revival is good news for language preservation. In both practical and artistic use, this language once considered extinct is growing and evolving to suit modern speakers.

It brings with it a centuries’ old culture and a new understanding of the Old World.

Happiness to you (as our subheading translates) as we enjoy the rebirth of an ancient language.