The Romance behind Romance Languages 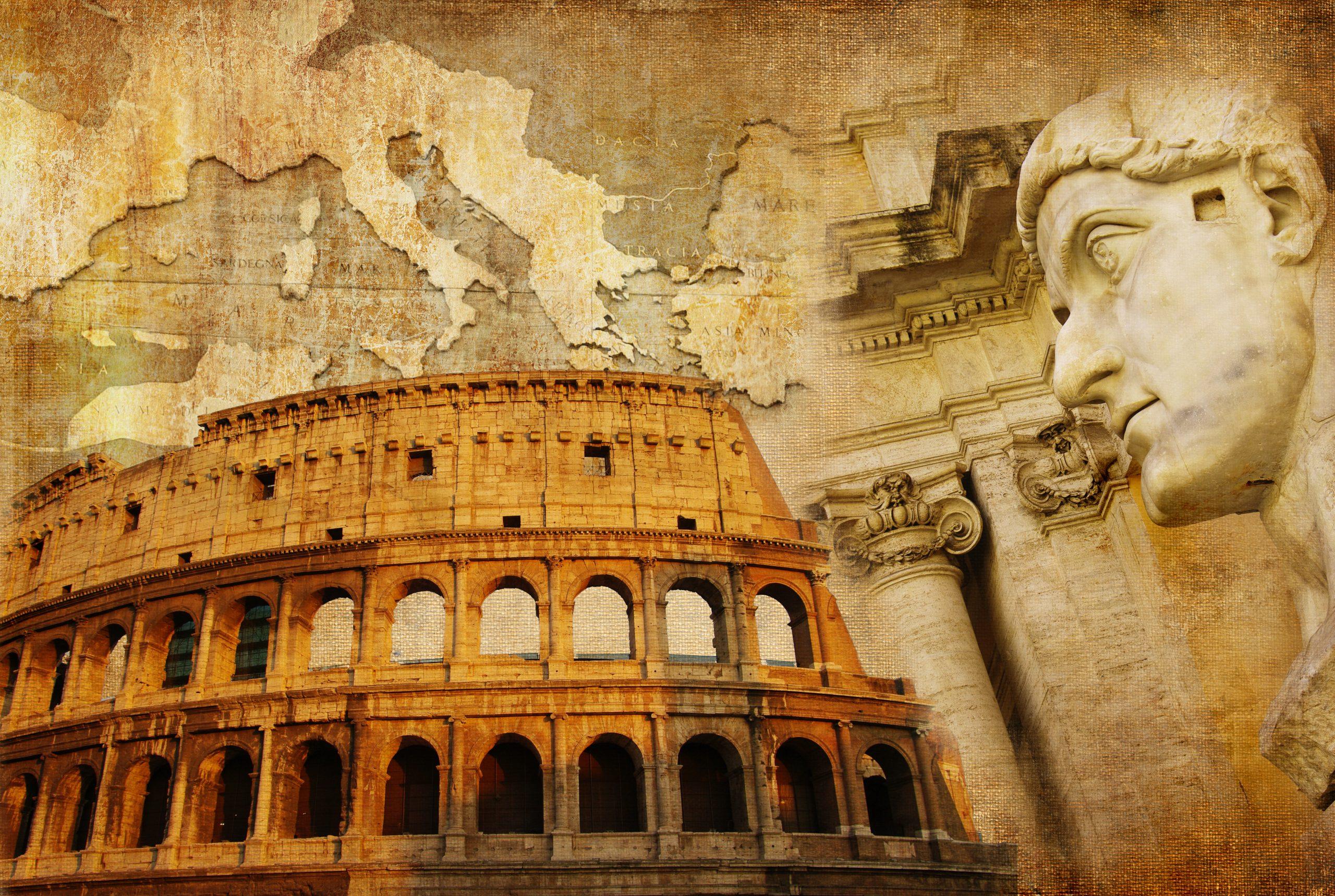 No, that’s not why! At least that’s not how the term originated. Romance, the word, is simply based on the Latin word for Roman, which isn’t nearly as…romantic.

Latin was the language spoken in Rome, and these languages are all descendants of Latin. So we ended up with a whole group of languages with the same ancestor and that ancestor thrived in the Roman Empire.

Back in the days when the Roman Empire was spreading across Europe, the language spoken by the masses was Vulgar Latin. That meant it was common, vernacular, used by the public, as opposed to Classical Latin. Classical Latin was formal and used by esteemed writers in literary works.

So it was that Vulgar Latin spread across the continent, reaching new areas with every conquest. The Roman Empire strongly encouraged people―to put it politely, those whom they had invaded, to live a Roman life. If they wanted to survive, that meant learning Latin and doing so quickly.

At its height during the first century, the Roman Empire wielded its influence over a vast swath of territory from Western Europe to the Middle East and Northern Africa. That is a whole lot of Vulgar Latin.

Predictably, Vulgar Latin was influenced by local languages and evolved, especially as the empire began to fade. The world was left with a huge swath of territory speaking related languages.

What Are the Romance Languages?

The major Romance languages are those of Western Europe: Spanish, French, Italian, Portuguese, and Romanian. But as we’ve learned, the Roman Empire was far more expansive than Western Europe.

There is also the confounding issue of colonization, which spread the major Romance languages to places the Roman Empire never touched. As you can see, there is not a simple answer to what seems like a simple question.

It is a huge list, yes, and most people haven’t heard of even a fraction of the languages included. There is also plenty of disagreement (surprise!) about what should be included as a separate language; however, 90% of people who speak a Romance language speak one of the five major ones.

If You Speak One Can You Understand the Others?

Because they share an ancestor, most people who speak or learn one Romance language will find it easier to learn another. Common grammatical roots might make it easier for Romance language speakers to understand a smattering of their linguistic cousins.

It is unlikely for speakers of one major Romance language to be able to understand another without any background. However, the many languages listed here are all rooted in one of the majors. So those who speak French will have a greater understanding of Cajun French than someone who speaks Italian.

Why Are Romance Languages So Popular?

Popularity in the case of Romance languages has two meanings. First, popularity can be measured by the number of speakers of these languages.

Spanish did not become the dominant language in South America because it’s pretty. It arrived with the conquerors from Spain and stuck around.

However, Romance languages are also popular in terms of the languages English speakers choose to learn. That’s likely because they have soft, melodic vowels compared to the Germanic roots of English. They sound pretty when set next to consonant-heavy English.

The Romance of It All

Romance languages are connected to the concept of romance and love because of stories. French language tales of knights and chivalry from the Middle Ages were called romanz stories.

Over time, the term came to be applied more widely and the romance of Romance languages was born.

Romance languages are common, and influential, all over the world. Many people in Europe speak more than one. Translations into these languages need to be precise and contextually and culturally appropriate.

Trusted Translations has the depth of experience you need to have confidence in your Romance language translations. Don’t take chances with these popular languages. Contact us to get the job done right, the first time.

Tweet
PrevPreviousDo You Know How to Speak Cornish?
NextShould Bilingual Authors Do Their Own Translation?Next