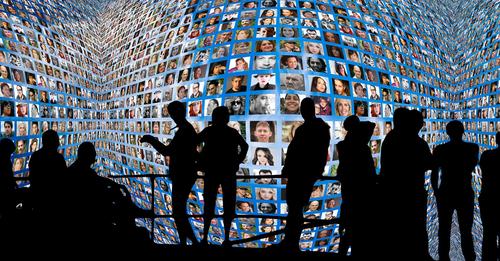 At this point in our series of articles about International Auxiliary Languages, it won’t surprise you to learn that there is yet another major IAL.

Though having competing IALs seems to defeat the purpose of an international language, it does teach us about the adherents to this movement. They are unified in one thing: creating the most usable, accessible constructed language possible.

Though the movement blossomed in the late 1800s, it didn’t stop after Esperanto and Ido. The third major player in the IAL derby is Interlingua.

The history of Interlingua begins with the founding of the American International Auxiliary Language Association. Established in 1924 by Alice Vanderbilt Morris and her husband, the IALA set out to further the study of constructed languages.

The IALA wanted a complex, scientific look at International Auxiliary Languages. They endeavored to incorporate and continue existing research.

The initial goal of the foundation was to identify the best IAL and promote it widely. With significant financial backing, they were in a solid place to do so. Alice, after all, was a Vanderbilt.  After years of study, they determined that none of the existing languages were sufficient. Surprise! We saw that coming, but the IAL community at the time did not. By 1937 it was decided that the Association would create yet another language. Your heavy sigh is noted.

This new language would be different from Esperanto and Ido in a significant way. Instead of constructed vocabulary, Interlingua would use a naturalistic approach.

The naturalistic approach to creating an IAL made use of existing vocabulary from its root languages. A 1946 survey found this the overwhelming preference of language teachers.

In 1951, Interlingua was formally introduced. It was very similar to an existing naturalistic IAL called Peano’s Interlingua (or Latino sine flexion), leading to the retention of the Interlingua name. We also wonder why that wheel needed reinventing. But Interlingua it is!

“An artificial language, devised for machine translation, that makes explicit the distinctions necessary for successful translation into a target language, even where they are not present in the source language.”

Is Interlingua Viable, Practical, or Necessary?

Interlingua is more practical than its less naturalistic counterparts. Because it uses vocabulary that already exists in its root languages, it’s very easy for speakers of those languages to learn. It is supposedly largely intelligible and readable by native speakers of English and romance languages without training.

Interlingua also has the distinction of containing vocabulary specifically tailored to the scientific community. As such, it was adopted early on by scientific conferences and journals.

Interlingua’s use within the scientific community gives it the potential to fill a specific niche not addressed by other IALs. If it can successfully be used without training, it can improve Western scientific collaborations.

While no IAL is strictly necessary, Interlingua may be the most useful for groups of Western language speakers looking for common ground.

Interlingua is in active use today and claims to be the most widely used naturalistic IAL. Like Esperanto and Ido, it has enjoyed renewed popularity as adherents can gather and share on the Internet.

Interlingua is used by the scientific community. It has expanded into the business world and governments for international communication. It is spoken on every continent and has multiple periodicals. It is also taught in some high schools and universities.

Interlingua has its own Wikipedia and Wiktionary and is supported by Google Keyboard.

Of all the International Auxiliary Languages, Interlingua may have the most potential. It requires less translation and is easier to learn for Western speakers.

Easing communication between individuals who do not share a first language is the goal of every IAL. Despite all the politics and infighting, this is a hopeful movement.

Esperanto, Ido, Interlingua, and the many other IALs may be idealistic. They may also be unrealistic in their current forms. If you run across one, you’d do well to find a translator versed in the root languages. But the renewal of the movement is interesting.

It may be only due to the Internet. It may also be due to the growing desire to be a global community. When people want to talk, they search out ways to do so. Cheers to those 19th-century proto-hippies and their desire for world peace. They may have tapped into a basic human need that a true International Auxiliary Language can fulfill.

People want to communicate. They want to access the means to do so without interference. They don’t want their communication hampered by political or economic power. As the world confronts more truly global issues, IALs provide hope to their devotees.

They aren’t magic, and their history is fraught. But wouldn’t it be amazing if an International Auxiliary Language served as our very first universal translator? It will be fascinating to see where their resurgence leads.