Omicron: What’s Behind a Viral Name? 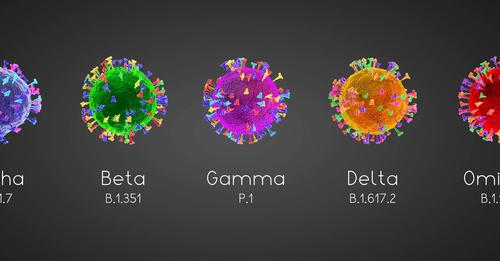 Alpha, Beta, Gamma, Delta! No, this isn’t rush week. There’s no fraternity or sorority to join here. Instead, this is how variants of the SARS-CoV-2 virus are being named nowadays.

Normally, we name virus variants after their country of origin. But, the World Health Organization decided to use the Greek Alphabet as a system of nomenclature to avoid xenophobic attitudes.

However, the Greek alphabet is an odd choice for the WHO to pick to name virus variants, as it’s difficult to translate Greek letters into other languages, and in some cases, impossible.

Omicron is the 15th letter of the Greek alphabet. And I know what you’re thinking. How did we blow through all the other 14 letters so quickly?

Well, to find out how we got here, we need to look at where we’ve been. Let’s take a stroll down the variant lane.

Origin detected to be in South East England, in September 2020. The Alpha variant is a Variant of Concern (VOC per the World Health Organization, and basically one that is more worrisome).

A VOC first detected in Nelson Mandela Bay, South Africa, in May 2020.

This VOC was first detected in Brazil in November 2021.

A former Variant of Interest (VOI, or one to keep an eye out for) first detected in California, USA, in May 2020.

This former VOI was first detected in Rio de Janeiro, Brazil, in April 2021.

First documented in the UK, this former VOI was detected in December 2020.

This former VOI was first detected in the Philippines in January 2021.

This former VOI was first detected in New York City, USA, in November 2020.

It is currently a former VOI. It was first detected in India in October 2020 and reclassified in December 2021.

This VOI was first detected in Peru in December 2020.

A VOI first detected in Colombia in January 2021.

This particular Variant of Concern was first detected in South Africa in November 2021.

What Happened to Nu and Xi?

Wait a minute; we skipped a few letters, didn’t we? What happened to Nu and Xi? Why didn’t they get an honorable mention?

Well, the WHO really thinks about us, and they worried they would throw off our already confused brains by naming a variant Nu. The way you pronounce Nu is identical to how you pronounce new, so that wouldn’t be good. No one wants to report on the new Nu variant.

As far as what happened to Xi? Well, the WHO not only cares about our health, but also our feelings, and Xi is too common of a surname, and they thought it would be too messy. Coincidentally, Xi is also the last name of a prominent Chinese leader, and with rumors of the virus originating in China, the WHO decided it was best to skip Xi.

So, here we are! Alpha to Omicron, with a few missing in between. Some of the above-mentioned variants left more of an impression on us than others. We all remember the Alpha, Beta, Delta variants, but the rest seemed to disappear into the background.

So, it might feel like we’ve skipped a ton of letters, but in truth, we only skipped two. You didn’t hear much about the other variants mentioned because the WHO considered them of no concern or interest.

Where Do We Go from Here?

According to the Greek Alphabet, the following variant name is Pi. However, naming a variant after the one thing we retained from geometry may be too risky.

After Pi, we have Rho, Sigma, Tau, Upsilon, Phi, Chi, Psi, and Omega to watch out for―and frankly, I think we can all agree it’s best we don’t hear about any more Greek letters in the current context.

Who knows! The WHO will discover another safe and friendly way to name variants after using up all the letters in the Greek Alphabet.

If you’re anything like me though, you’re still scratching your head trying to figure out when the Eta or Iota variant were ever a thing. I mean, how could something new to worry about slip past us without noticing it?

And while the pandemic runs its burdensome course, and we look to getting back to some level of normality, if you’re looking for medical translations done right, seek the services of professional specialized translators that will know their Omicron from their Delta variant.