With over a billion Apple devices active worldwide, it’s your Apple iOS app’s time to shine. To improve sales and expand your potential customer base, localize your app to appeal to users around the world.
Request a free quote

In Apple’s own words, “There’s an app for that.” Today, we might also say “there’s a market for that”—with the App Store available in 175 regions and 40 languages around the world, there’s no shortage of new markets waiting to discover the next big iOS app. If you want to go global, your next step is to localize your app for any locale.

By adapting your app for specific languages and locales, you’ll set yourself up for a successful launch in any new region. Not only are potential customers more likely to prefer an app customized for their experience, but proper localization will save you time and money by reducing errors and delays on the development end. With the right professional partner, your app will be well on its way to reaching its full potential.

When localizing your iOS app for a new audience, there’s a lot to consider. You’ll need an efficient workflow, a command-line interface, the ability to run result-based reports, and the resources to gather robust market research before you generate even a single line of code. 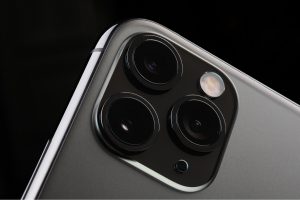 Localization is more than simple translation. Depending on the locale, you’ll want to be aware of audience-specific cultural nuances, such as holidays, meaningful symbols, political sensitivities, region, and humor. From a logistical standpoint, you must also consider local policies and market regulations, such as data privacy policies and copyright laws.

For these reasons, Apple itself recommends that companies avoid machine translation when localizing apps, warning that it can lead to inaccurate and low-quality translation.
It’s important to work with a team of real human experts that is fluent in both the language and culture of your target market.

Since iOS is a unique and complex platform, there’s quite a lot involved. Here are some of the steps localizing your app could entail:

Because the iOS platform isn’t the simplest to work with, expert guidance and support can be a lifesaver, as well as a timesaver. Fortunately, Apple’s Xcode Export for Localization feature allows users to extract all localizable content without modifying your app’s source code, making it easy to work with an external localization service like Trusted Translations that can guide you through these many moving parts.

It’s equally important not to overlook the actual devices that will be displaying your app. For example, you’ll have to consider differences in screen size and display—iPhones alone have screen sizes ranging from 4-inch to 6.7-inch depending on the model, with numerous variations in resolution and pixel density.

Your app may even need different localized versions for different Apple products, such as the iPhone versus the iPad. After all, the user experience of engaging with an app on a larger, tablet-type device is very different from on a mobile phone; the best apps are both consistent across platforms and able to account for these nuances. Trusted Translations can help you achieve this delicate balancing act.

At Trusted Translations, we provide industry-leading professionals in translation and localization; we further supplement their work with skilled project managers and multiple quality checks. As a trusted partner of government agencies, the U.S. military, non-profits, Fortune 500 companies, and more, we guarantee exceptional quality that meets rigorous standards.

Please reach out to us today to learn more about how we can support your iOS app localization projects.