Do You Speak Aranese? 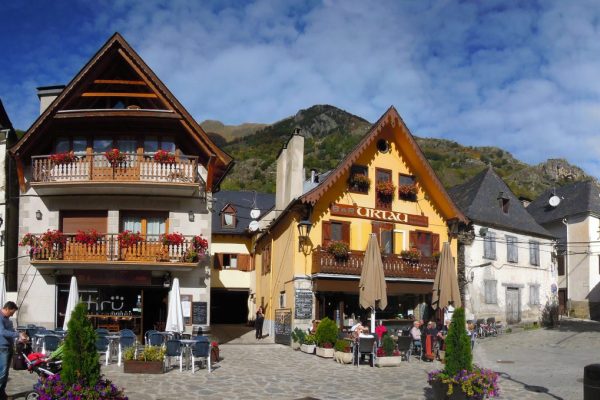 Chances are high that you do not speak Aranese. In fact, it is very likely that you’ve never even heard of Aranese! This is the language spoken by the inhabitants of a Pyrenean valley called Val d’Aran.

In a recent BBC article, Richard Collett took a look at the region. Val d’Aran’s residents told him, in no uncertain terms, that they are Aranese. Val d’Aran has been autonomous since 1991. In 2010, Aranese was added as the third official language of Catalonia.

The History of Aranese

Aranese is one of many dialects of Occitan. Prevalent during the Middle Ages, this romance language flourished in Southern France, Monaco, and parts of Italy and Spain.

Occitan was understood throughout Europe and was used by troubadours in song and poetry. Notable historical Occitan speakers include England’s King Richard I (Richard the Lionheart) and his mother, Eleanor of Aquitaine.

Occitan was a language used by educated Europeans, but in its primary regions, it was dominant. Unlike other languages, Occitan was, and still is, made up of distinct dialects, without a single written standard.

Over time, speakers of Occitan dwindled as it was replaced by French, Spanish, and other languages. All of Occitan’s dialects are now considered endangered. Other names you might run across for Occitan, particularly in history, include Provençal and Limousin.

Catalan is close linguistic kin to Occitan. Aranese is part of the Gascon dialect of Occitan and is the only Occitan language to have official standing.

The Occitan languages may be endangered, but in Val d’Aran, Aranese is tenacious. Since obtaining standing as an official language, it is taught in schools and used in official signage in the region.

That official standing offers Aranese a degree of protection. The citizens of Val d’Aran proudly embrace their linguistic heritage, producing information, literature, and entertainment in their native tongue.

Some bring their language across the continent, much like the medieval troubadours.

Though remote, Val d’Aran has always had contact with other languages, primarily through trade with France and Spain. Isolation is not why Aranese survived.

The residents of the valley have always placed great value on independence. Though part of Spain, it battled and negotiated terms of self-rule for centuries. It isn’t a surprise that they also held tight to their language.

About 40% of the residents of Val d’Aran hit the Aranese trifecta—they speak, read, and write the language. That doesn’t seem like a very high number. But when you look at the separate components, nearly 90% understand Aranese and over 60% speak the language.

While tourism and immigration offset some of the natural spread and influence of Aranese, the language is part of the greater culture.

Many speak Aranese at home, despite using Spanish or Catalan to smooth communication with outsiders. Speaking Aranese taps into the medieval culture that lives on in the valley’s buildings and traditions.

Some fear that the influx of tourists and the demand to communicate with them is pushing Aranese into extinction. Others see the language as far more resolute. Its status as an official language means that children learn the language in school, an important step in the preservation of Aranese.

Those who live in Val d’Aran recognize the importance of their language heritage. Many are multilingual, speaking three or even four languages. Aranese is the language of their home, of their culture, and of their heritage.

Whether Aranese survives is largely a matter of collective will and cultural memory. Official status is powerful, ensuring that it will not wither on the vine. Looking at its history, it seems unlikely that the residents of Val d’Aran will give up their language without a fight.